Defender Kieran Tierney’s excellent solo run and curling finish put the Gunners in front in the first half, before the impressive Bukayo Saka rounded off a stunning passing move to make it 2-0.

Alexandre Lacazette added the third and fourth goals after the break – smashing in a rebound from Emile Smith Rowe’s shot before he was set up by Tierney.

It was Arsenal’s third league victory in a row after they had failed to win their previous seven.

Arsenal boss Mikel Arteta said he wanted his players to “show confidence” at The Hawthorns, and they certainly did that in a dominant and eye-catching display.

Hector Bellerin forced Sam Johnstone into a save within two minutes after Pierre-Emerick Aubameyang broke down the left, and Saka tormented full-back Dara O’Shea on the opposite wing constantly during the opening half.

It was Saka’s ball that fizzed past the back post, inches away from the toe of Aubameyang, after the 19-year-old had got the better of O’Shea and hit it straight at Johnstone.

West Brom were being suffocated and Tierney’s burst of pace to get around Darnell Furlong, before bending it into the far corner, was the perfect way to open the scoring.

Saka made it 2-0 by rounding off a slick, one-touch passing move that former Arsenal boss Arsene Wenger would have been proud of.

West Brom could offer no response after the break either and Arsenal were 3-0 up on the hour when Lacazette eventually blasted in the rebound from a catalogue of errors by defender Semi Ajayi.

That was game over but Lacazette was allowed to add a fourth when he was left unmarked to divert Tierney’s cross into the roof of the net four minutes later.

Arteta, knowing the job was done, was able to bring off Saka and Emile Smith Rowe following impressive performances from both youngsters, while Arsenal continued to create chances to round off a very enjoyable evening in the snow.

Allardyce’s first match in charge of West Brom – a 3-0 drubbing by Aston Villa after captain Jake Livermore had been sent off – was a sign of just how tough this job was going to be.

Then that 1-1 draw with Liverpool at Anfield provided hope. The Baggies were resilient, organised and tireless.

But heavy back-to-back defeats by Leeds United and now Arsenal at home have brought things back down to earth.

West Brom were overawed in defence, out-run in midfield and frustrated by a lack of opportunities in attack throughout this confidence-crushing defeat.

Their rare sniffs at goal came from a Granit Xhaka error in the first half – Matheus Pereira chipping it through to Matt Phillips who struck it straight at Bernd Leno – before Callum Robinson’s finish was ruled out for offside in the second half.

It was West Brom’s third home loss in three under Allardyce and they have conceded 12 goals with no reply in those games. 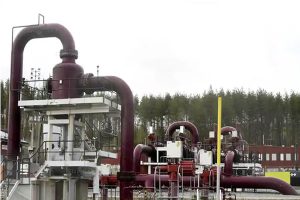 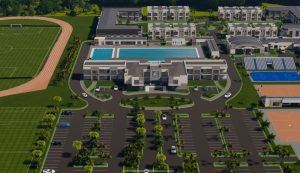 Kampala businessman Hamis Kiggundu alias Ham through Kiham Enterprises has ran to court seeking the cancellation of a land title created on the contested Kigo...

By David Serumaga Kampala: Land disputes in Uganda are escalating every day and are causing a negative impact on our society and the people. One...

With Uganda Fuel prices yet to reduce, you don’t want to drive around Kampala’s busy areas looking for car parking. Use Pata Parking App to...

Ms Sylivia Nakyeyune, a government official at Wakiso District was robbed of Shs90 million as she enjoyed at QC Restaurant and Bar in Nansana. Earlier,...

By Samuel Obedgiu Agricultural Scientist and Environmental Activist I don’t want to sound like a broken record by reiterating the fact that the European MEPs...