Top advertisers on Twitter slashed their spending after Elon Musk’s takeover, according to estimates compiled for Reuters by research firm Pathmatics, in the latest shock to the company’s dominant revenue source.

Fourteen of the top 30 advertisers on Twitter stopped all advertising on the platform after Musk took charge on October 27, according to the Pathmatics estimates. Four advertisers reduced spending between 92% and 98.7% from the week before Musk’s acquisition through the end of the year.

Overall, advertising spending by the top 30 companies fell by 42% to an estimated $53.8 million for November and December combined, according to Pathmatics, despite an increase in spending by six of them.

Pathmatics said the previously unreported figures on Twitter advertising are estimates. The firm bases its estimates on technologies that track ads on desktop browsers and the Twitter app as well as those that mimic user experience.

But the company said those estimates do not account for deals advertisers may receive from Twitter, or promoted trends and accounts. “It is possible the spending data could be higher for some brands” if Twitter is offering incentives, Pathmatics said in an email.

In a November event on Twitter Spaces, Musk, addressing the issue of companies pausing ads, said that he understands if advertisers “want to give it a minute.” He added that “the best way to see how things are evolving (at Twitter) is just use Twitter.”Advertisement · Scroll to continue

Technology-focused publication The Information, citing details shared by a top Twitter ad executive at a staff meeting on Wednesday, reported that Twitter’s fourth quarter revenue fell about 35% year over year due to a slump in advertising.

Twitter posted a loss of $270 million in the three months ended June 30, on total revenue of about $1.18 billion

Forward bookings, or agreements to lock in future ads, were also down for January and February, according to research firm Standard Media Index, which did not provide details.

Twitter is moving to reverse the advertiser exodus. It has introduced a slew of initiatives to win back advertisers, offering some free ads, lifting a ban on political advertising and allowing companies greater control over the positioning of their ads.

Coca-Cola declined to comment. HBO spokesperson Chris Willard did not comment on the specifics of advertising spending, but said “we will be assessing the platform under its new leadership and determine appropriate next steps.”

Mass retailer Target Corp (TGT.N) and department store operator Kohls Corp (KSS.N) also skipped advertising on Twitter on Black Friday, one of the biggest shopping days of the year, the estimates show. Kohls did not return requests for comment.

However, Apple Inc (AAPL.O) and PepsiCo Inc (PEP.O) increased spending, according to Pathmatics.

Financial technology provider SmartAsset and Amazon.com Inc (AMZN.O) said Pathmatics estimates showing an increase in advertising were inaccurate. Amazon did not elaborate further and SmartAsset said the figures were “inflated” without giving details. Pathmatics said “we want to reiterate that our figures are just estimates.”

Musk’s arrival at Twitter exacerbated a drop in advertising that began in September after Reuters reported that promotions appeared alongside tweets soliciting child pornography.

Most of the companies stopped spending in November, the estimates show, the same month that Musk restored suspended accounts and released a paid account verification that resulted in scammers impersonating corporations.

As the companies pulled back on Twitter, they maintained and in some cases boosted advertising on Meta Platform Inc’s (META.O) Facebook and Instagram and on short video app TikTok, according to Pathmatics.

Meta and TikTok did not immediately return requests for comment.

AT&T said it paused advertising in September because of “concerns around content appearing next” to its ads. The company has been talking to Twitter about its concerns, according to a person familiar with AT&T’s thinking.

Twitter has said to Reuters it is investing in child safety.  The platform is leaning on automation to moderate content and restrict abuse-prone hashtags and search results in areas including child exploitation.

Target, Best Buy and Kellogg did not return requests for comment. 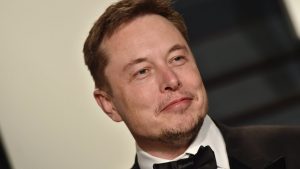 federal prosecutors have seized nearly $700 million in assets from FTX founder Sam Bankman-Fried in January, largely in the form of Robinhood stock, according to...

Dec 16 (Reuters) - Tesla Inc (TSLA.O) is finalizing plans to build an electric vehicle assembly plant in an industrial area of northeastern Mexico and may announce...

The U.S. dollar struggled to gain a foothold on Wednesday after a sharp dive overnight on cooler-than-expected inflation data, which fuelled expectations that the Federal...

Oil extended gains on Tuesday as a key pipeline bringing the resource to the United States remained shut, adding to concerns about potential tight supply...