Of late, self proclaimed businessman Eria Mubiru alias Kabenge Eriya Mubiru has been at the centre of controversy following his numerous involvement in dubious deals that have left a number of ordinary Ugandans blubbering due to the financial losses and emotional pains he has inflicted on them.

On Tuesday 22nd June, 2022, residents of Bukompe village, Kyakatebe parish in Kassanda district petitioned the area Resident District Commissioner (RDC) and State House Anti-Corruption Unit to reign over Mubiru who is threatening to illegally evict them from their land.

Mubiru is a renowned private military contractor for the Ministry of Defence and Veteran Affairs.

The land in question was investigated by former Anti Corruption Unit head Col Edith Nakalema who opened boundaries of the land and found that the land was fraudulently sold to the government by city lawyer Sam Bitangaro who was arrested and remanded for the same.

Bitangaro conspired with three others and sold non-existent land to government as it moved to resettle the persons who had been evicted from Luwunga Forest Reserve in Kiboga District. The failed exercise cost government at least Shs3 billion which was donated by President Yoweri Museveni.

Col Nakalema however guaranteed residents to stay on it, until government gets them another land where they could fully be resettled.

Mr Bitangaro allegedly fraudulently sold 780 hectares at Shs1.3 billion at Bukompe, Nalutuntu Sub-county in Kasanda District. The Prosecution alleged that on May 21, 2014 at M/s Onyango and Company Advocates’ offices in Bunga, Makindye Division, Mr Bitangaro obtained Shs1.32 billion from Kiboga Twegatte Cooperative Society Ltd by falsely pretending that he had good and marketable title to land measuring 492 hectares at Bukompe, Nalutuntu Sub-county in Kassanda District.The state further alleges that on November 5, 2014 at Mityana District, they fraudulently procured land title to Singo Block 308 plot 146, which he fraudulently acquired by causing an irregular sub-division of plot 122 that he had already sold to Kiboga Twegatte Cooperative Society Ltd.

The Ministry of Lands upon on instructions of the State House Anti Corruption Unit surveyed the land and it was revealed that the property belonged to Lake Wamala Farm Ltd and all overlapping titles were issued with a notice of cancellation, including that of Bitangaros.

However, the residents were shocked to learn in 2020, that Mubiru claimed to have purchased the same land and he is now evicting over 200 residents who have been peacefully coexisting with Lake Wamala Farm Ltd.

Despite an ‘stay on land’ order from the State House Anti Corruption Unit, Mubiru who claims to be close to some yet to be identified big people in government, through using security operatives has started to block residents from accessing the contested land, destroyed their crops through grazing, starvation as well as forcefully evicting them to neighbouring lands where there are ongoing disputes.

This comes as a shock given the recent presidential guidelines on evictions which were expected to bring an end to such illegal evictions.

One of the affected members of Kiboga Twegatte stated, “upon the intervention of Col. Nakalema there has been relative peace on the land, however in 2020, a one Eria Mubiru came in claiming to be from State House saying that he has bought the land and we should leave the land immediately. We have been living in fear ever since and request the government to intervene”.

Mubiru has also been cited in other dubious land deals such as his involvement in the grabbing of Kajjansi Forest Reserve, a scandal that caught the attention of State Minister for Lands Hon Sam Mayanja who directed the State House Anti Corruption Unit to investigate the incident.

The businessman known for obtaining mega contracts from the Ministry of Defense, was in 2017 put on spot over shoddy works and inflating the Kaweweta Recruit Training School (KRTS) procurement deal to a tune of Shs76 Billion. The same was investigated by a committee instituted by President Yoweri Museveni which cited fraudulent procurement methods and tax evasion by Mr. Mubiru’s companies – J2E Investment Corporation and Roester Construction Corporation.

In 2020,the Ministry of Defence’s administrative review committee was set up to look into the findings by an earlier investigation against Mubiru’s and his companies, led by the then Deputy Chief of Defence Forces, Lt Gen Charles Angina.

Gen Angina had found that Mubiru’s companies had been awarded five contracts for construction works of the Kaweweta Recruit Training School through either fraudulent bidding processes or without any procurement procedure at all, and had presented fake profiles of employees to win the contracts.

The report also reaffirmed that Mr Mubiru himself had claimed he was a qualified engineer whereas not.

This was further confirmed by the leadership of Uganda Institution of Professional Engineers which confirmed that Mubiru was not a member of the institution.

“This is to inform you that Mr. Mubiru alias Kabenge Eriya Mubiru is not a Member of Uganda Institution of Professional Engineers (UIPE) and therefore not known to us as a registered engineer,”  said Eng. Ben Kayemba, the UIPE Hononary Secretary.

In 2016, Ndejje University, an institution for higher learning where Mubiru claimed to have obtained his engineering degree from, also disowned him.

“Kabenge Eriya Mubiru presented a ‘manufactured’ transcript and certificate with a second class Honours: Upper Division purportedly from Ndejje University… We would like to state with certainty that the aforementioned person has never been our student….The signature on the purported document is not mine, the Academic Registrar; neither is the second one on the certificate that of the former Vice Chancellor Prof Bishop Michael Senyimba,” said B.M Sekabembe, the Ndejje University Academic Registrar in a letter copied to the Dean, Faculty of Engineering.

“All our Engineering Transcripts are on a landscape form of paper. Our logo in the transcript is well centered and is transparent and proportional, even on photocopy.”

Gen Angina also found that Mr Mubiru’s companies had forged books of accounts, evaded taxes and had failed to execute the works paid for. Phases I, II and III of the works at the training school had not been completed, several years after the contracts had been awarded yet Mubiru had been paid most of the contract money.

Gen Angina wondered how the same company would be awarded another phase of the works before completing the previous one, and pointed out that much of the work that had been done was shoddy.

Early this month, Mubiru was arrested and shortly detained in Dubai for allegedly extorting Shs2 billion from a UAE businessman.

Last week, the UPDF Spokesperson  clarified that Mubiru, their private contractor is currently in the country and has never been arrested as alleged and  also the matters pertaining the contracts (including that of Kaweweta Recruit Training School scandal) were resolved fully and the construction works are ongoing.

Another businessman cries foul after being defrauded of Shs250m by Mubiru:

Still in this month, another unsuspecting Ugandan identified as Ibrahim Kaweesi also came out to accuse Mubiru of defrauding him cash amounting to Shs250m million in fake Japan deal.

“By that time (2008) I was a businessman dealing in rice and also had transportation vehicles (two elfs and a fuso) which used to transport my rice consignments from Busoga… .In 2008, I met, a man called Eriya Kabenge who calls himself Eria Mubiru, we met at one of the car bonds in Industrial Area. He was purchasing a black BMW 325 whereas I was buying a Pajero Short V8. When I saw him, I got inspired because he was a young man like me who looked to be well off financially. I asked him what he does. He told me he was a businessman who stays in Japan with his Japanese wife. I picked interest in his engagement because I had always wanted to work from Japan. He assured me that I could join him in Japan as long as I invested in money,” Kaweesi recalled.

“I told him I had a residential house in Kanyanya which I was willing to sell and that I was also ready to sell my cars. After getting the cash from the assets, I would approach my family and ask them to top up the remaining balance so that I can go and work. I had a plan that after making it big it Japan, I would ensure that I replace my sold properties in Uganda.When I told him to look for a buyer for my house, he brought his sister called Catherine who bought the house. I handed him the money from there so that he can work on my travel process. I sold all my assets and gave him money. Even one time he gave me his newly bought BMW to use in a mean time because I was left with nothing to be used in my movements.”

Kaweesi revealed that his mother also had a commercial house in Manyangwa Gayaza which she sold so that they could raise all the required money (Shs250m).

“He had told me that while in Japan, we shall be dealing in car importation,” the businessman who now works and lives in Dar es Saalam, Tanzania added.

“After a while, he started tossing me around without giving me any feedback regarding our plans and this is where he decided to bring in his brother Kabenge Jordan (usually calls himself Sheikh) who went to Nasser Road, forged South Korea visas (for me and Jordan) without me knowing that they were fake…. We managed to pass through Entebbe International Airport with our fake visas and fake US dollars.”

When they landed at Seoul Airport in South Korea aboard Emirates Airlines, Kaweesi noted that they were suddenly arrested with their fake visas and detained for week before being deported to Entebbe.

“When we returned, Mubiru cut off the communication and when I managed to get in contact with him, he decided to threaten me saying he has big people in government who can deal with me.”

Of late, self proclaimed businessman Eria Mubiru alias Kabenge Eriya Mubiru has been at the centre of controversy following his numerous involvement in dubious deals...

This was one of the most luxurious SUVs made in the late 90s and early 20s, it came out well equiped and fully loaded with...

In a meeting held at the Ministry of Lands on June, 2nd 2022, it was resolved that a final symposium be convened on Tuesday, June,...

When Obote was overthrown, the industrial town of Jinja gradually collapsed due to the incompetenceof Museveni’s cronies who had fraudulently taken over ownership of public...

By Alex Esagala The Deputy Speaker of Parliament Thomas Tayebwa has asked the Government to implement public private partnerships with local investors who are venturing... 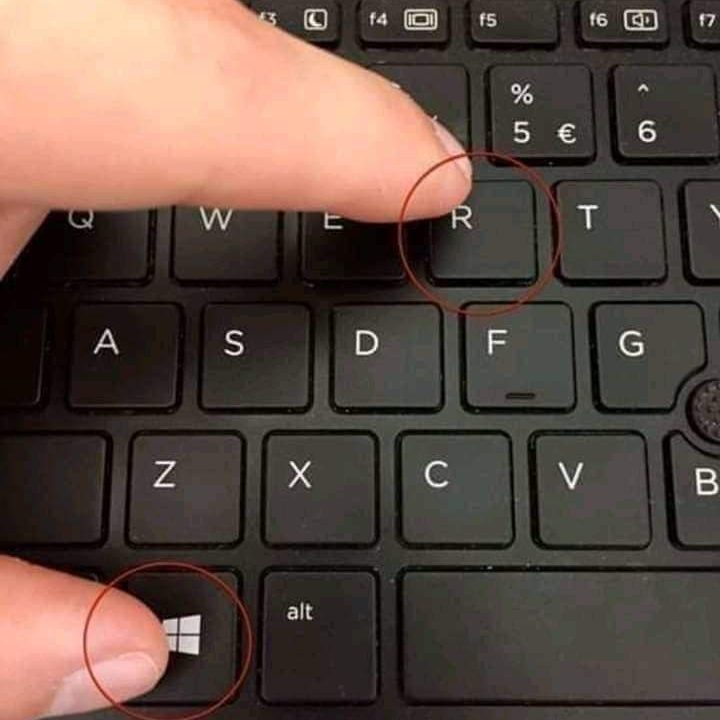 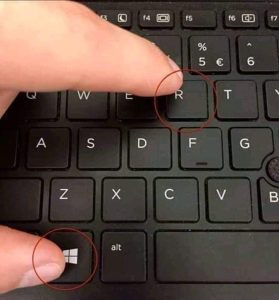